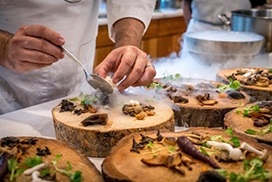 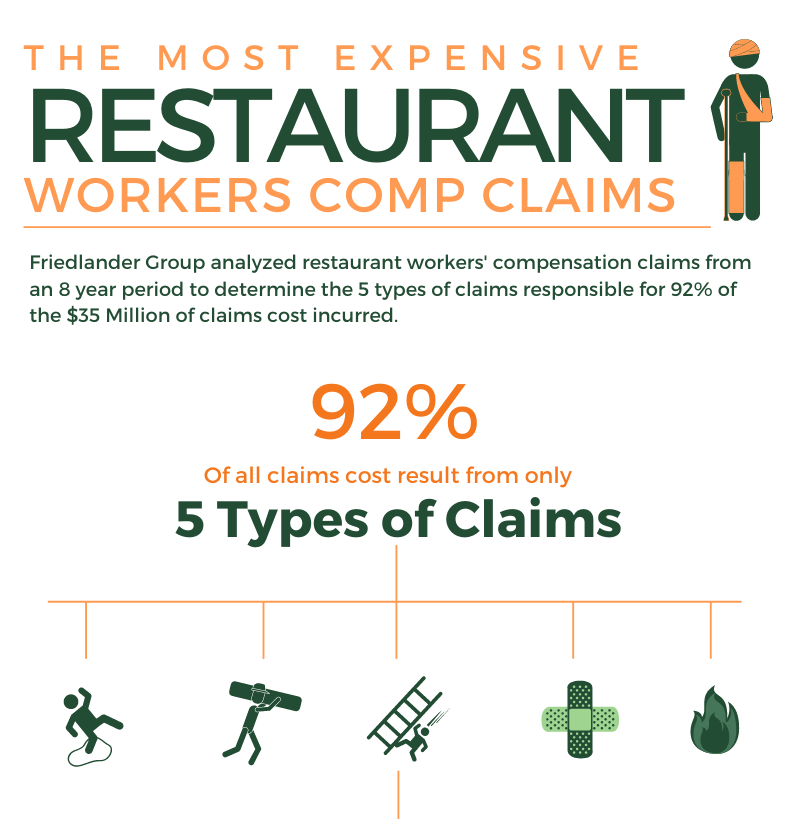 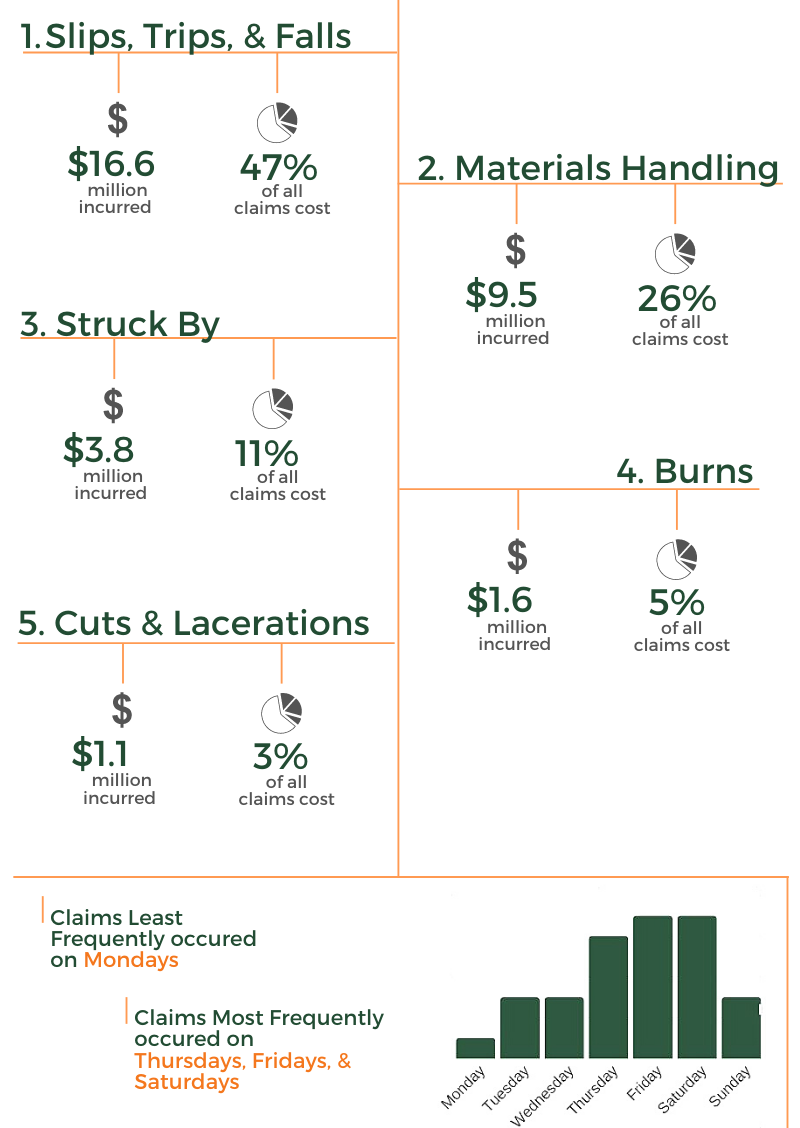 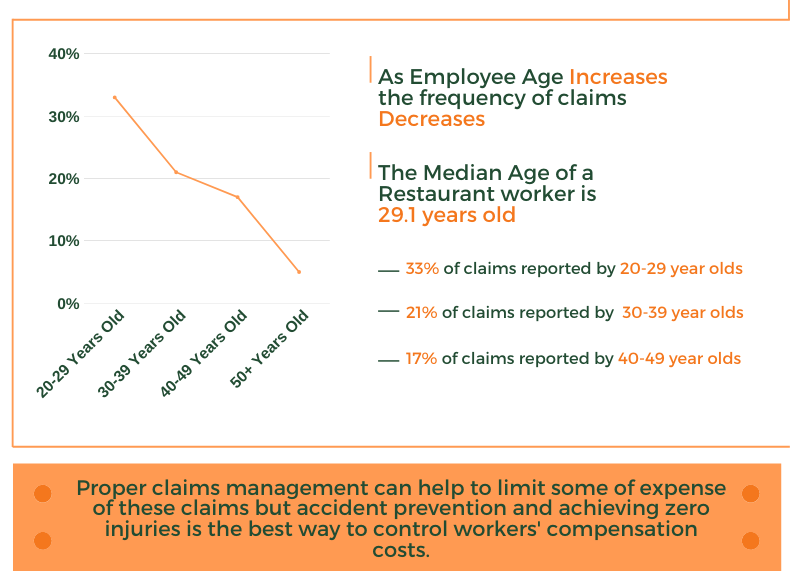 5. Cuts & Lacerations - Cuts and Lacerations accounted for 3% of the total claims cost at $1.1 million.

Starting from 20 years old, as employee age increases the frequency of claims decreases. 33% of claims reported were from employees in the 20- 29 year old range, which makes sense since the median age of a Restaurant worker of 29.1 years old (Bureaus of Labor Statistics).

Proper Claims Management can help to limit the expense of these claims but accident prevention and achieving zero injuries is the best way to control workers' compensation costs.